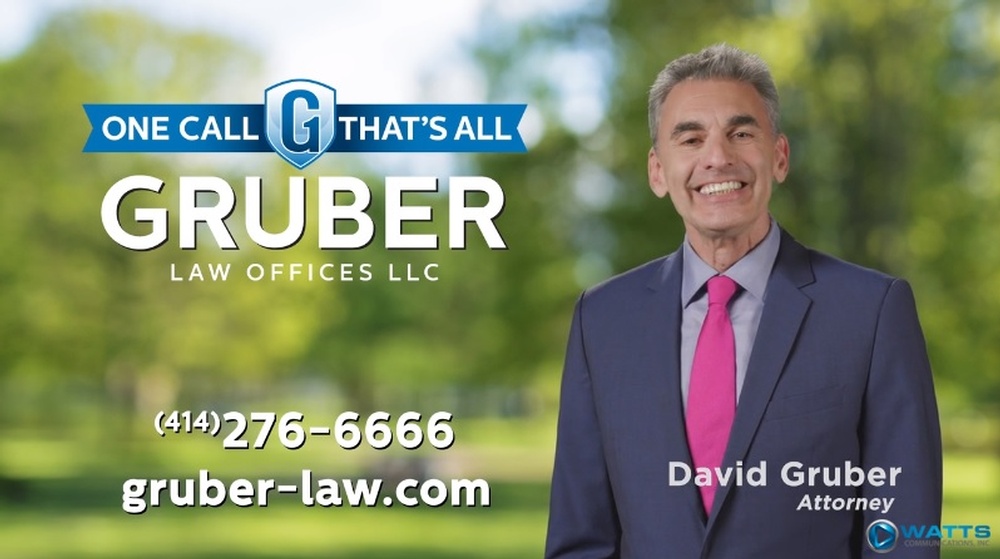 Watts Communications is proud to be a media production studio for Gruber Law Offices, recording on-camera messages from attorney David Gruber, and testimonials from many of Gruber’s satisfied clients.

Recently, Watts Communications was the studio of choice for the newest Gruber Law Offices TV commercial campaign. The Gruber team came up with the idea of producing a TV campaign that showcased some of their youngest fans.

Clients, friends and family members of Gruber Law Offices brought their young kids to the Watts Communications production studio, where the youngsters delivered their best “One Call, That’s All” on camera. These kids were more adorable than we could have imagined!  They put their personal touch on the signature line “One Call, That’s All,” which has helped to make Gruber Law Offices such a well-known firm.   It was a full day of fun for the families and the entire Gruber Law Offices team.  Some of the kids are so young that they had a tough time pronouncing “Gruber Law Offices.”  But even those takes were too cute to leave out of the commercials.   In fact, those attempts became some of the cutest lines in the commercials.

A room was set-up for the kids to hang out before they went on camera with fun treats, movies, coloring and Legos. This made their first television production experience a really enjoyable day.

The Gruber “Kids” campaign consists of 20 TV commercials featuring different combinations of the kids who appeared on camera.  So keep an eye out for these adorable young TV stars on your favorite local TV channels.